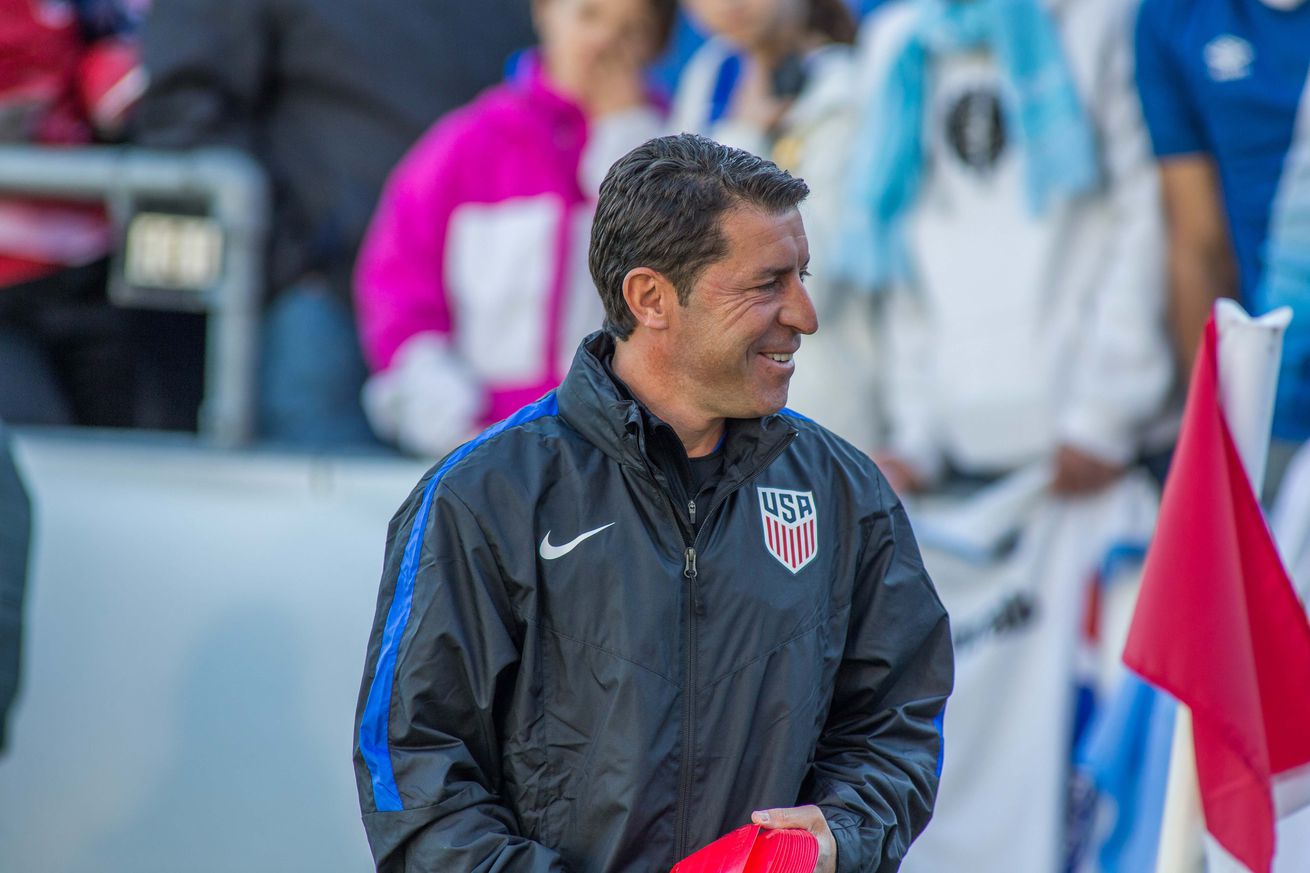 Ramos has been managing the United Stated U-20 team since 2011.

The Houston Dynamo have been without a full time head coach for 72 days. Interim Coach Davy Arnaud went 3-5-1 in the nine games since former head coach Wilmer Cabrera was canned, however the Dynamo still suffered through similar issues that had plagued the team. Owner Gabriel Brener and General Manager Matt Jordan have made a decision to turn the organization around.

Sources say the Dynamo have hired Tab Ramos – @USMNT U20 head coach. This is a huge get. Could have been the USMNT head coach. What a GREAT HIRE #ForeverOrange #ABC13

Tab Ramos comes to the Dynamo with no club managerial experience but a vast amount of national team managerial & youth development experience. Ramos spent 14 years as a professional footballer, playing in Spain, Mexico and was the first ever player signed to the MLS. Ramos would go on to make 121 appearances with the MetroStars. Ramos also was a mainstay on the US Men’s National Team, making 81 appearances in 12 years.

After retirement, Ramos founded a youth soccer club in New Jersey and became a youth development coach. From there Ramos was tabbed as the USMNT U-20 Head Coach in 2011 where he’s been ever since. Ramos has led the U-20 team to the FIFA U-20 World Cup four times accumulating an 8-4-6 record as well as winning two CONCACAF U-20 Championship,

Ramos was a hire that was suggested before however, given past ownership decisions, seemed like a pipe dream. The fact that Brener and the rest of ownership was willing to pull the trigger on this hiring may signal that this organization is in fact ready to begin competing with the rest of the league.