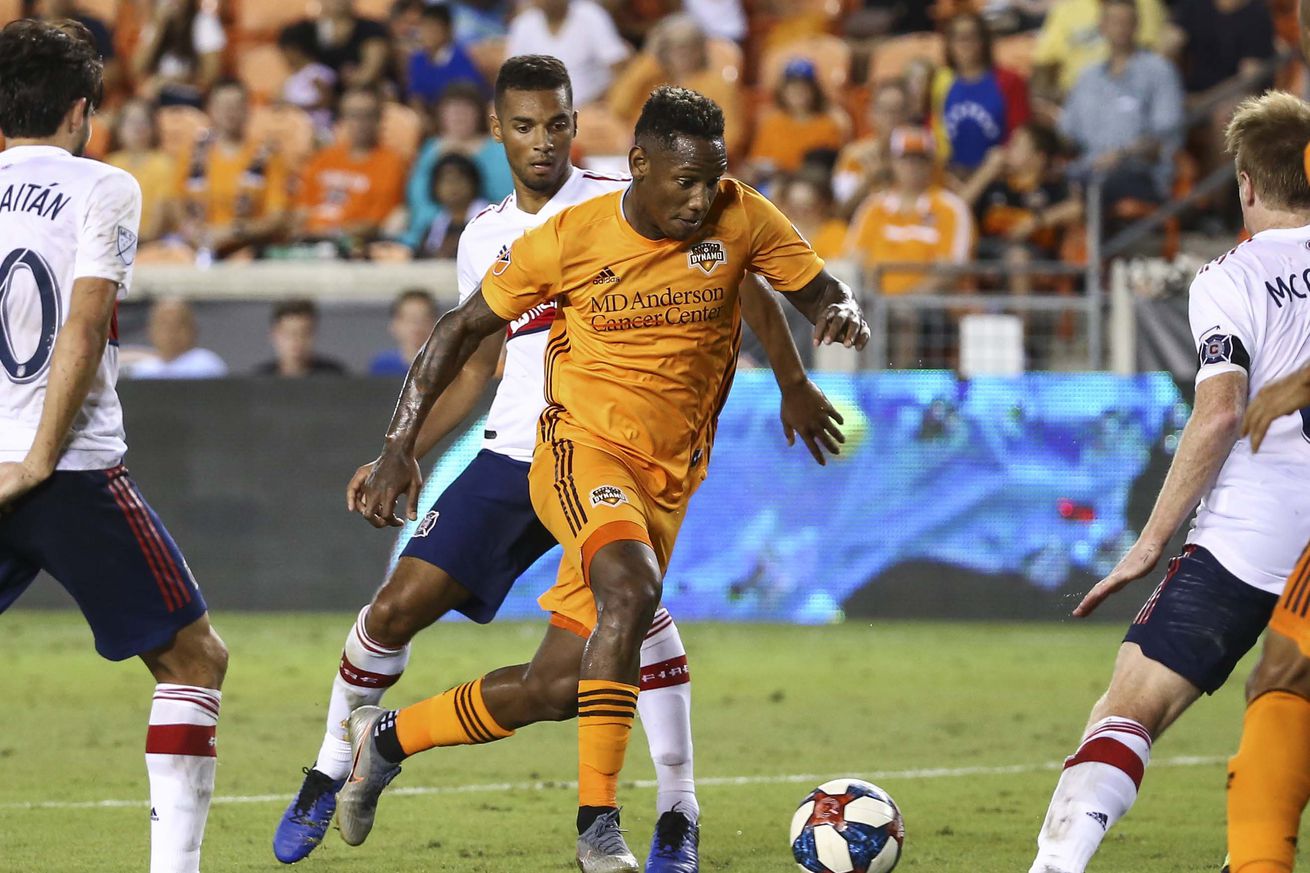 It was only a matter of time before this happened.

Much maligned Romell Quioto has had an up and down career in Houston. Quioto has played 72 games for the Dynamo in the past three seasons and has scored 15 goals and 17 assists. His 2018 season where he finished third on the team in goals and second on the team in assists showed Dynamo fans how special Quioto can be. Despite this relative success, many Dynamo fans could not wait for Quioto to be sent away and those fans received their wish on Wednesday.

Sources tell me .@HoustonDynamo have traded Rommel Quioto to @impactmontreal for Victor Cabrera and $100k In GAM for 2020.

Romell Quioto picked up a red card in the 29th minute for what appeared to be a retaliatory elbow on NYCFC defender Ronald Matarrita. The game was tied 1-1 at the time, and while Houston would take a 2-1 lead late in the second half, two goals even later from the home side pic.twitter.com/vvPSdtTIN1

Quioto was internally suspended and away from the team for the remaining ten games and despite re-signing to keep him in the MLS, made it clear his career in Houston was finished.

Romell Quioto says goodbye to his peers in social networks. The catracho player will not continue in the Houston Dynamo of the MLS. The HoustonDynamo board does not trust and believe in have him for next season. pic.twitter.com/kgpXBR1oPu

In return, the Dynamo get more allocation money as well as young defender Victor Cabrera. Cabrera had played with the Montreal Impact for the last six seasons making 93 appearances. Cabrera’s early career with Montreal seemed promising earning multiple MLS team of the week nods and primarily being a starter, however the last two years, Cabrera has been resigned to the bench. So much so that Cabrera only played once in Montreal’s final 12 games.

Still only 26, Cabrera is hoping to rejuvenate his career in a new location and compete for playing time among mainstays such as AJ DeLaGarza and newcomers such as Zarek Valentin.