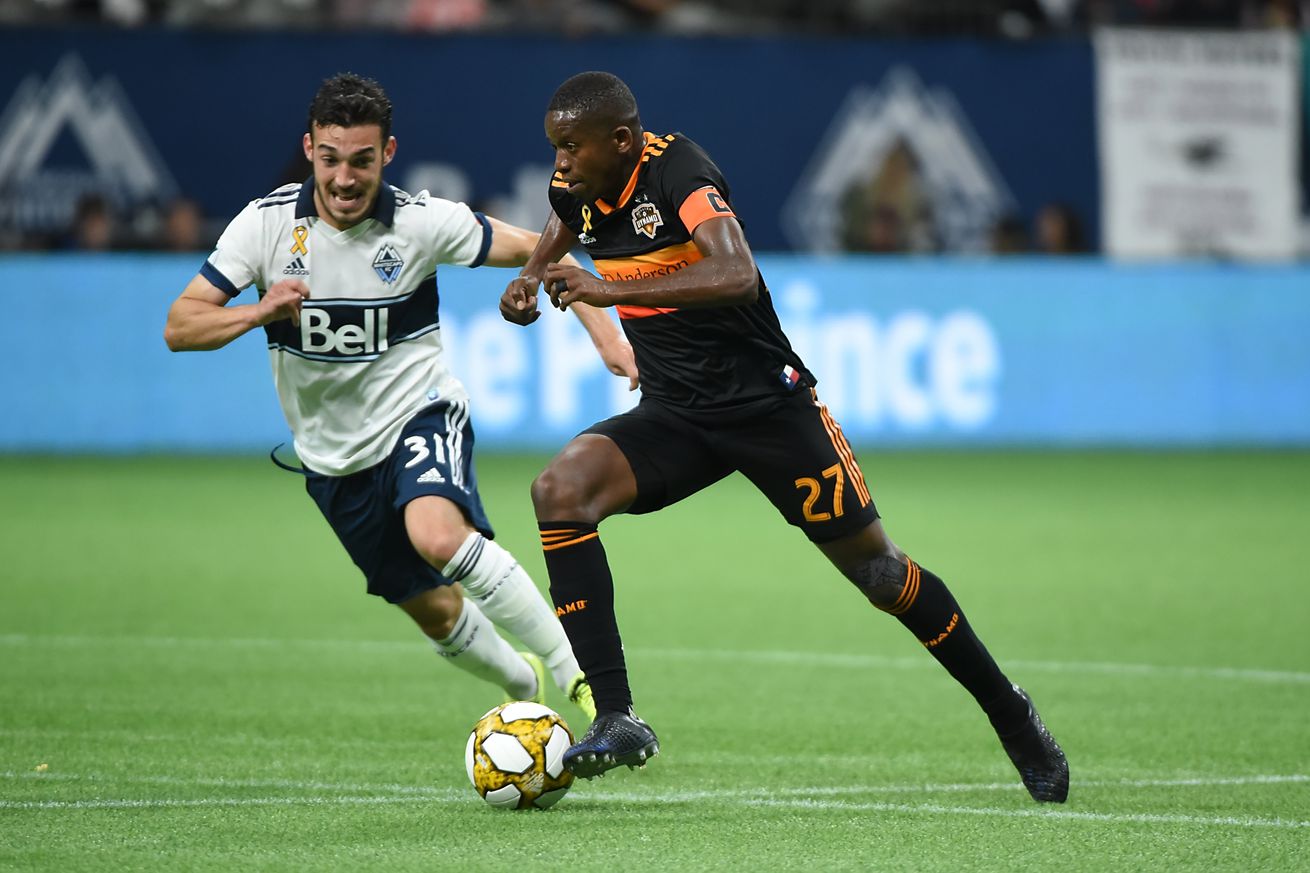 El Presidente back in orange for another season

The MLS Cup playoffs are currently underway with the Houston Dynamo not participating, but the Dynamo front office is already making moves in preparation of the 2020 campaign. First they made a splash and brought in Tab Ramos to be their new head coach, and now according to sources they have signed Oscar Boniek García to a one year contract extension.

Boniek, who the Dynamo signed as a designated player back in 2012, has made over 201 appearances for the club. Last season Boniek stepped up to partner with Matías Vera in the midfield to be a player that connected the midfield to the offense while Juan David Cabezas recovered from an injury. Throughout that time Boniek played his way back as a starter utilizing his quickness and technical abilities to dribble through opposing teams. Defensively Boniek can be a liability, but with an improved back line and defensive partner in Vera, his positive attributes outweigh the negatives.

Apart from his technical abilities, Boniek provides a veteran voice to the locker room. He’s been with the club for some time now and will help Tab Ramos in his potential rebuild which could feature more youth players due to Ramos’s expertise in youth development.

Regardless, it’s a classy move by the organization to bring back a player that can still contribute either as a starter or as a mentor. Welcome back el Presidente!