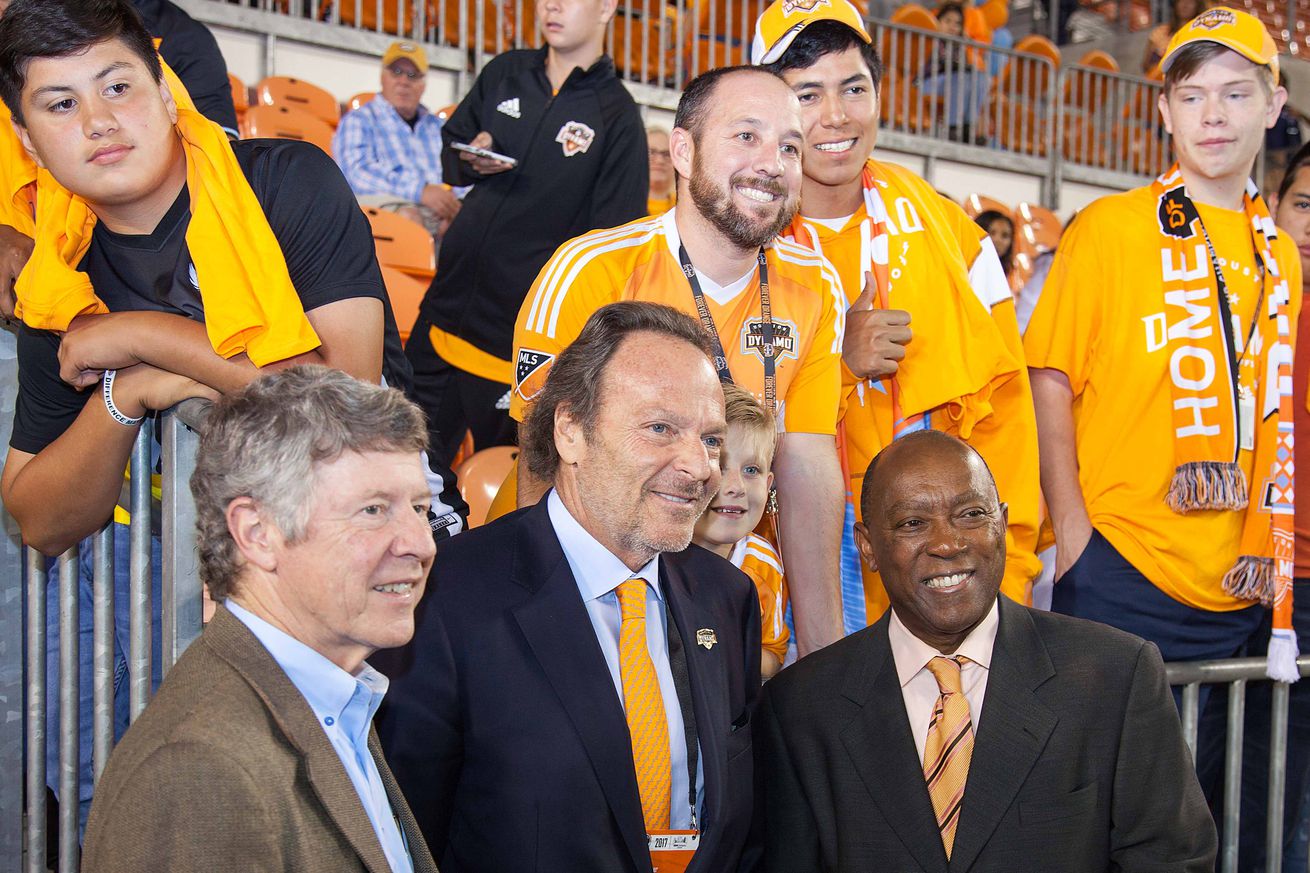 I’m just as surprised as you are.

For the past couple seasons, we have all seen dwindling attendance numbers and an ownership group that seems uninterested in spending money. The Houston Dynamo have had the lowest payroll in the MLS while fielding a subpar product that has culminated in four losing seasons in the past five years. All of this has given fans anxiety that there is a possibility of this team being shipped out of town or removed from the league altogether but no fear, Forbes is here to put those worries at ease.

The Houston Dynamo are valued at $280 million, which puts them 15th in the league. Though not exactly in the top half, it does put them in the middle of the pack with nine teams below them. The Dynamo are also $60 million more valuable than their state rivals’ FC Dallas while not having the same on field success recently.

This valuation was definitely boosted by James Harden’s recent minority ownership purchase, but does show that this organization is still somewhat valuable even with the shortcomings.

If the Dynamo can come 15th in team value while barely trying for the last five years, just think what this organization can do once the team actually begins to put out a quality product, once the stands begin to fill up once again, once we see more Dynamo merchandise on the street. The sky’s the limit as long as Gabriel Brener (*cough* or new future owner John D. Arnold *cough*) put forth the effort.