The Houston Texans need a quarterback. For as much progress as Davis Mills has shown in his second season, it isn’t enough, and the club’s 2-12-1 record heading into their final two games is a silent reminder of where Houston needs to upgrade. More than likely the Texans will be using one of their two first-round picks in the 2023 NFL draft to take a quarterback. According to … END_OF_DOCUMENT_TOKEN_TO_BE_REPLACED

HOUSTON (AP) — Julius Randle scored 35 points and Immanuel Quickley added 27 as the New York Knicks snapped a five-game skid with a 108-88 win over the Houston Rockets on Saturday night. “It’s the nature of the league,” coach Tom Thibodeau said. “You win eight in a row and then you have some tough losses … that’s part of it. How do you respond to it? We took a haymaker … and we … END_OF_DOCUMENT_TOKEN_TO_BE_REPLACED 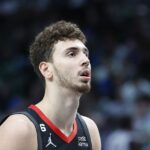 Little Trust? | Photo by Tim Heitman/Getty Images Started at the bottom, now we’re still at the bottom. That’s right, it’s Five Out, Not Quite New Year’s Edition. This will cover some Rockets, and putative, Rockets. Run to the corner. Alperen Sengun - Least Trusted Man on The Rockets? Here are some current stats on Alperen Sengun’s rank overall in the NBA … END_OF_DOCUMENT_TOKEN_TO_BE_REPLACED 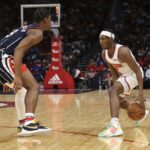 Thomas Shea-USA TODAY Sports First off, happy new year to everyone! While the Houston Rockets haven’t had the best 2022 in terms of record, at The Dream Shake we’ve had a great year talking Rockets hoops. Here’s to a better 2023 on the court and a similarly awesome 2023 in the chats. Tonight, the Rockets take on the New York Knicks, who are coming off giving up a … END_OF_DOCUMENT_TOKEN_TO_BE_REPLACED 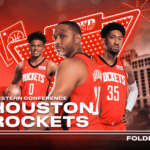 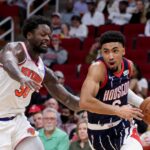 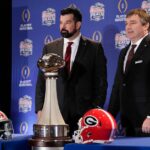 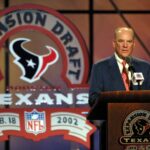 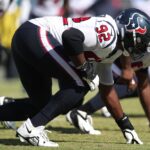 Photo by Courtney Culbreath/Getty Images We go behind the scenes with Ryan O’Bleness for tomorrow’s game The Houston Texans have a nine game winning streak going against the Jaguars, but Sunday’s game features two teams going in different directions. The Jaguars are one key win against the Titans away from winning their first division title in years. The Texans are … END_OF_DOCUMENT_TOKEN_TO_BE_REPLACED