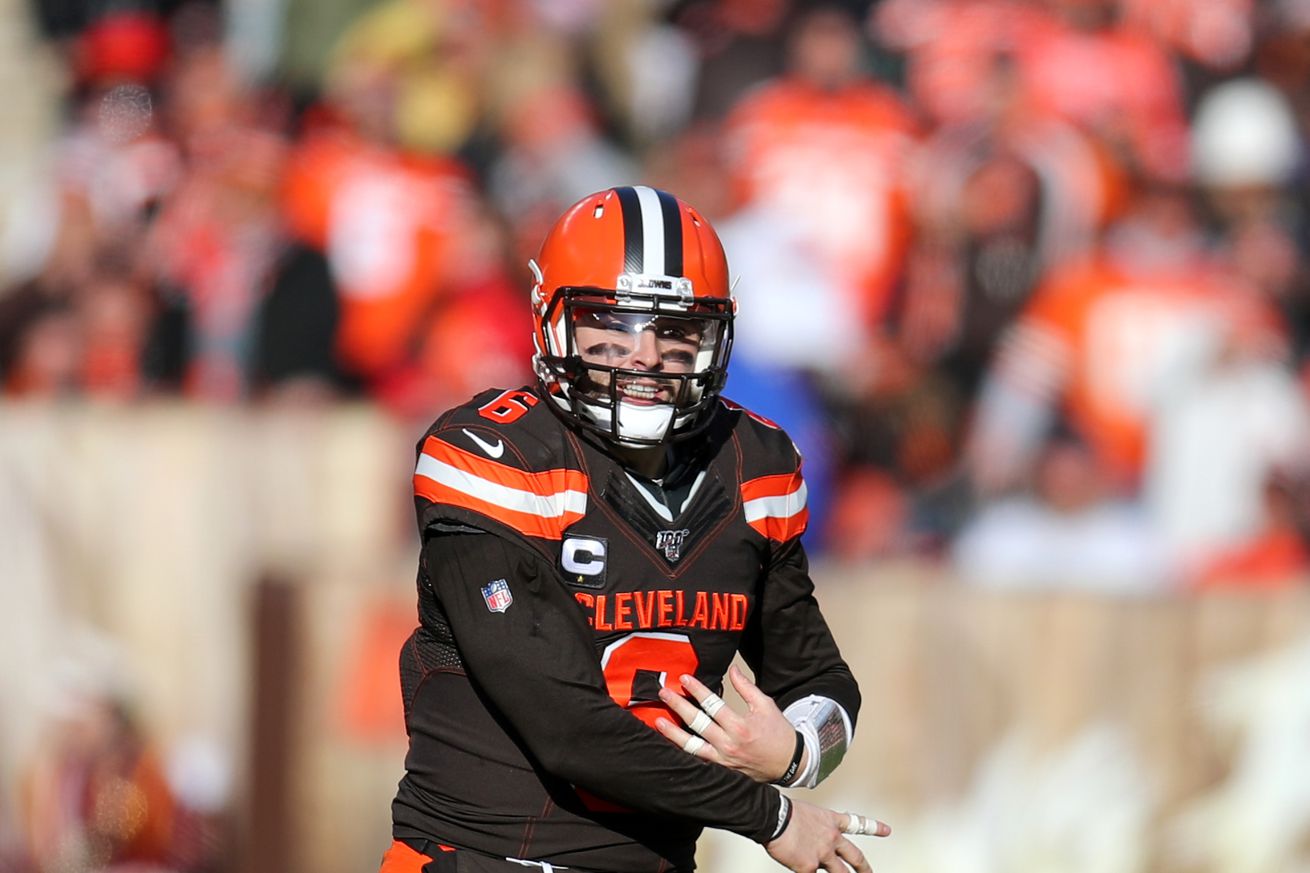 The Browns still have a shot.

Don’t look now, but the Cleveland Browns are starting to show signs of life. Though the chances are slim, thanks to a phenomenally poor start to the season, the Browns still mathematically have a shot at the NFL Playoffs. They have no shot of winning the division since Baltimore has already run away with it, but they may be able to snag a Wild Card spot in the AFC.

Their remaining schedule is favorable to this sequence of events playing out. Cleveland has the Steelers, Bengals twice, Cardinals, and Ravens. The only game they most likely won’t be the outright favorite in is the game against Baltimore. In case you forgot, the Browns have already beat Baltimore this season. The teams are vastly different now, especially with Lamar Jackson showing he’s the MVP, but nothing is impossible.

Let’s say this actually happens and Cleveland sneaks into the postseason. I doubt they go any further than the Divisional Round and even that would take a few lucky breaks. They are going to fall far short of the predicted Super Bowl that much of the fan base was clamoring for all off season. However, making the playoffs would be a step in the right direction, and considering the start of their season, it would almost be miraculous.

Are They For Real?: Buffalo Bills

The Bills are 8-3. If you were just looking at records, you would assume they are one of the best teams in the NFL. Sometimes, you aren’t what your record indicates. I’m not saying the Bills are bad. They are extremely well coached, but they have also beat up on a weak schedule and haven’t played well against teams with winning records so far. With games against the Cowboys, Ravens, and Patriots in three of the next four weeks, we should have a better idea of what this team is and if they truly are playoff contenders.

The @BuffaloBills are 8-3 for the first time since 1996 pic.twitter.com/sn3dXvfPcA

Everyone has opinions on Lamar Jackson. While it may be fun to theorize about his long-term future in the league, let’s all just take a moment and enjoy what we are seeing when Baltimore plays. They run the ball better than any team in the NFL and while that can be boring, there are few things more enjoyable than watching a team get 10, 11, or 12 yards every single play. Throw in the electric stuff that Lamar has, and this team is turning into must-see TV.

No better way to start your day than by watching these @Lj_Era8 highlights again. pic.twitter.com/Eo93k59EKa

Gut-Punch of the Week: Jerry Jones calls out Jason Garrett

After Sunday’s loss to the Patriots, it seems Jerry Jones has grown tired of his underperforming team. For years there have been questions as to whether or not Jason Garrett is the right guy to lead the Cowboys. These questions have only been amplified as Dallas has built one of the most talented rosters in the NFL yet find themselves sitting in the middle of the pack in the NFC, waiting to see whether it’ll be them or the Eagles that emerges from a bad NFC East. No one really knows what to expect when we enter a new NFL season, but I would be willing to bet all of Jerry Jones’ money that he believed they were going to be the cream of the crop. Probably doesn’t feel good to have your boss publicly question your ability, but Garrett has to do a better job if he wants to keep his job.