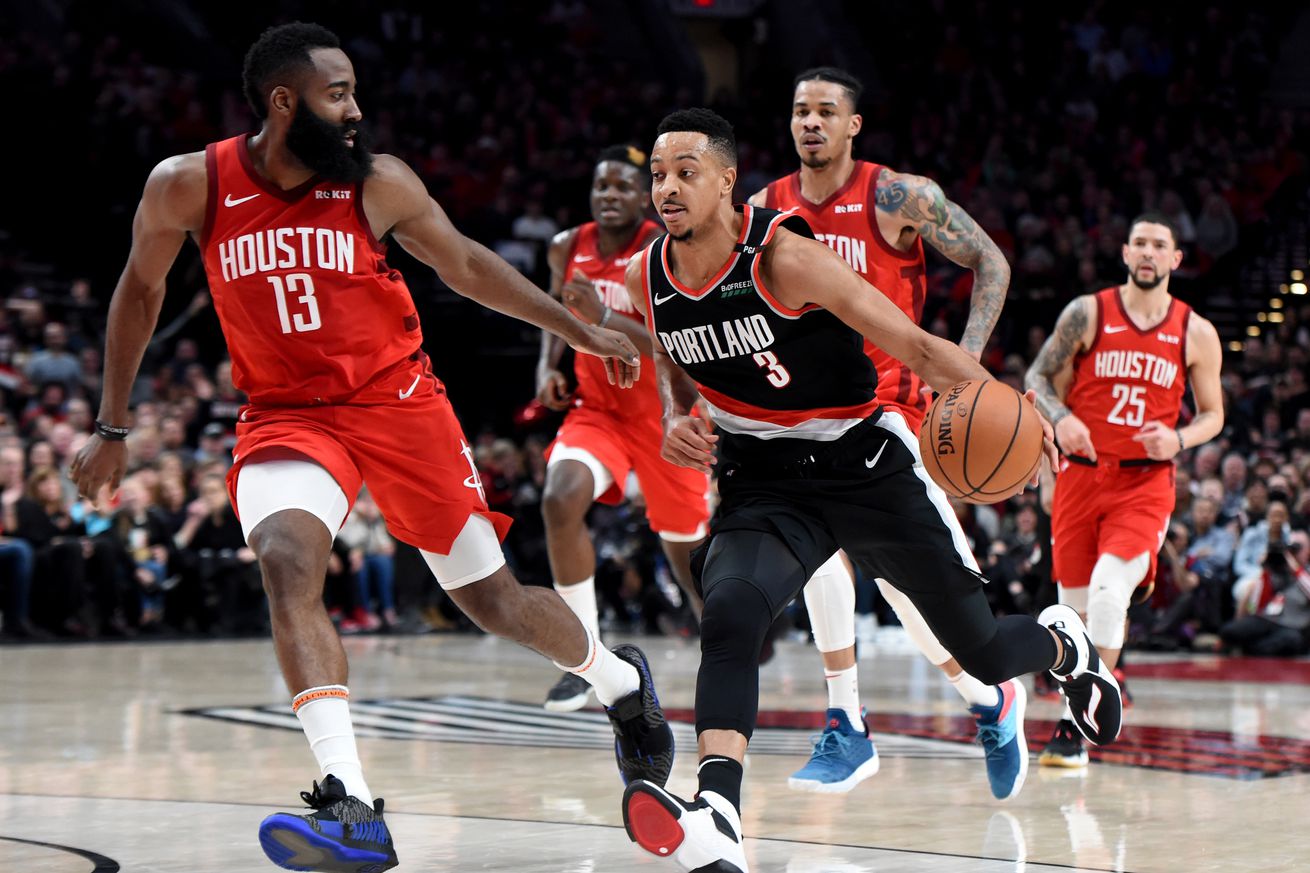 The Rockets will put their league-leading 7-game winning streak on the line tonight against the Portland Trail Blazers, a team that has a lot in common with last year’s Rockets squad.

Both the 2018-19 Rockets and this year’s Blazers squads came into the season with high hopes. Both had just lost to the Golden State Warriors in the Western Conference Finals and both felt they were on the precipice of a championship. Houston mostly stood pat in that offseason, re-signing their free agents and adding Carmelo Anthony to the fold as a third scorer. After a 4-7 start, the Rockets cut Anthony and didn’t right the ship until they had fallen to 11-14. They clawed their way to the four seed but most of that was due to James Harden’s brilliance.

The Blazers didn’t really stand pat. They let a few players walk and made some trades and signings to bring in Hassan Whiteside, Kent Bazemore, and Mario Hezonja. However, at 5-8 they have been a disappointment based on their talent level, and they have turned to…Carmelo Anthony.

So the Blazers do this. Every year. They will finish with a good record because Lillard and McCollum are too good and because the team has been backed into corners before. It’s a matter of when they turn it on, not if.

The Blazers won’t have Anthony tonight, but it’ll be an interesting experiment. After the Rockets cut him and (later) found success, it appeared that Melo’s time in the NBA had concluded. But the Blazers need a jolt and looked to the former owner of the “best scorer on the planet” title. Tonight, they’ll face the real deal.

Houston will probably be without a trio of rotation players tonight, though there has been no official word on Clint Capela (concussion) and Danuel House Jr. (back) as of this writing. Eric Gordon (knee) will miss another 5 weeks or so.

Tip-off is at 7pm CT on NBA TV